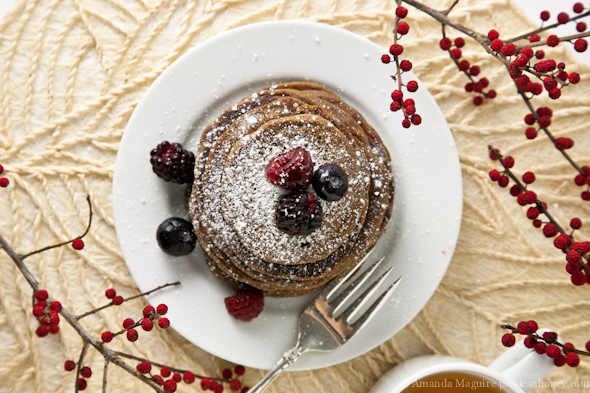 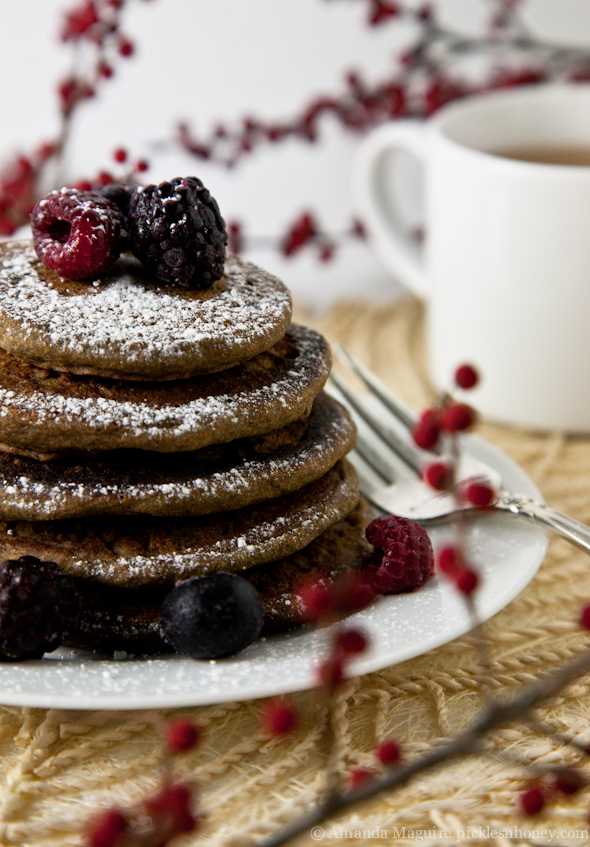 You guys, I am so grumpy today. Can I vent if I promise you really awesome gluten-free buckwheat pancakes as a thank you for listening? Truly, these are my new favorite breakfast, based on my original favorite vegan pancake recipe and adapted to be gluten-free and reminiscent of cozy, comforting gingerbread. 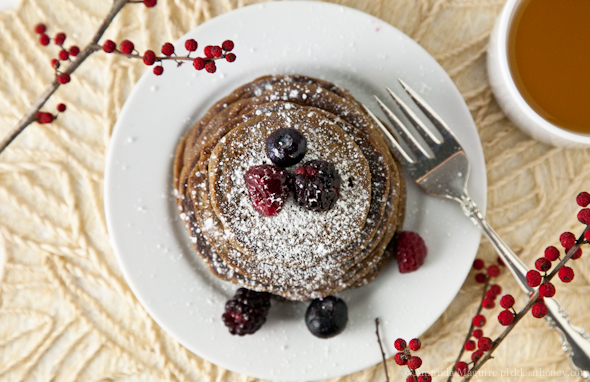 I love Boston, but I don’t love Boston winters (does anyone?). Year after year, I step outside December through February and I’m somehow surprised at how terribly cold it is outside. I have regular WTF moments where I want to scream, “Seriously?!” (at no one, while walking by myself outside) but given my move to CA and back again, I apparently decided Boston is worth the three (or more) months of winter hell, and so I add more layers, bribe myself with hot tea, and ultimately tell myself to suck it up. The cold is energizing! Winter makes you appreciate summer! And…no.

This weekend, what began as a few inches of light and fluffy snow turned to freezing rain, and thus thick sheets of treacherous ice everywhere. I. hate. this. Not only because navigating the often-un-shoveled sidewalks is a death trap once the snow gets compacted, but also because it means: 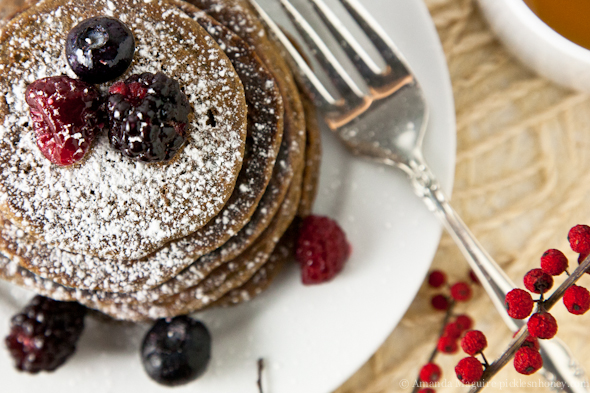 Well, I feel a lot better. How about those gingerbread buckwheat pancakes?

I love how these turned out, and the photos too. They are wintery and pretty, which is more than I can say for Boston right now. 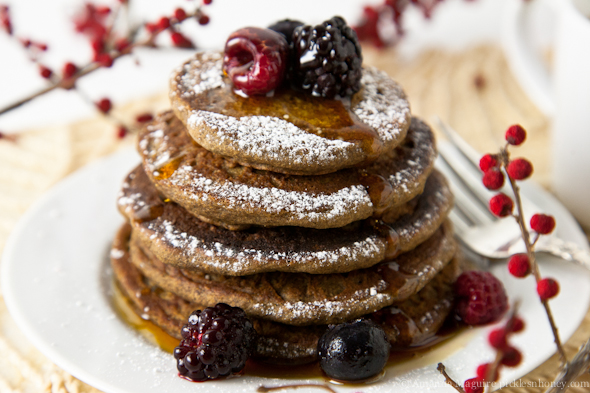 Your turn: got something you want to vent about? I’m listening. 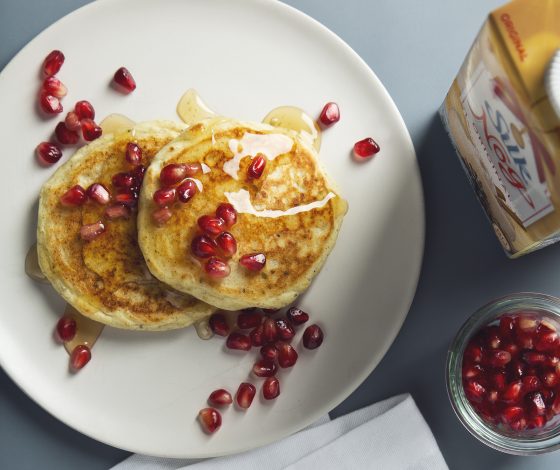 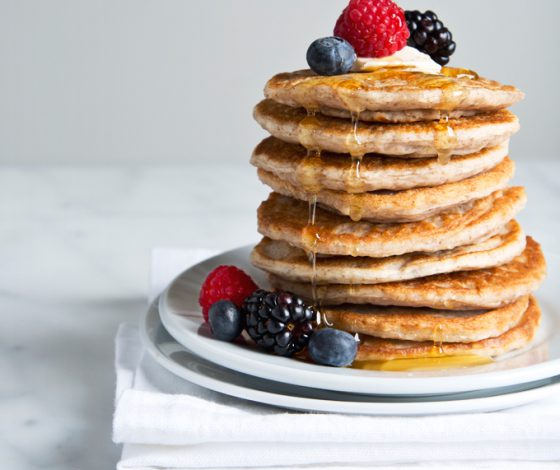 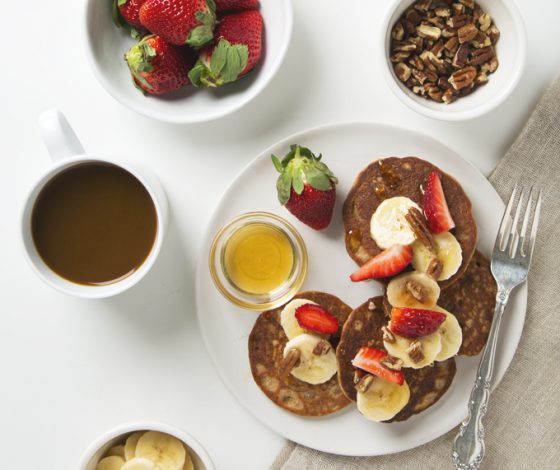 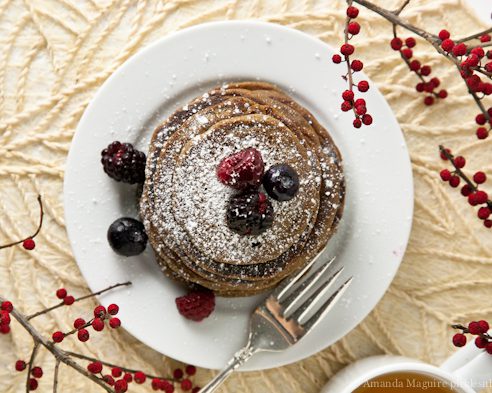 Similar to my original (and favorite) vegan pancake recipe, these festive and gluten-free pancakes are slightly sweet, fluffy, and take about the same amount of time as making a store-bought mix!

Similar to my original (and favorite) vegan pancake recipe, these festive and gluten-free pancakes are slightly sweet, fluffy, and take about the same amount of time as making a store-bought mix!