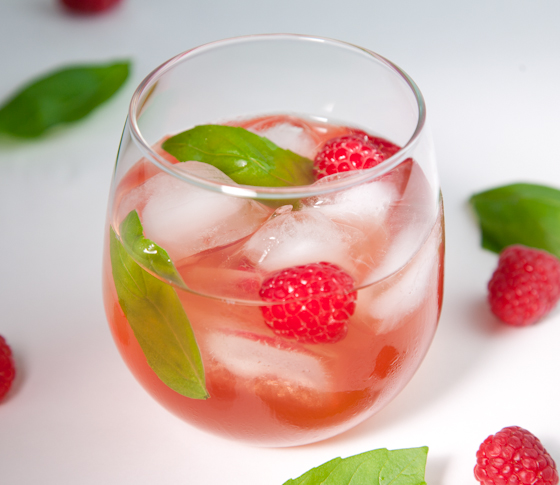 It’s been about two months since I first started brewing my own kombucha, and I’m happy to report that my love for this slightly vinegary beverage is still going strong! It’s become a daily habit (in between the mojitos and margaritas) and the process of making my own as opposed to buying a bottle is oddly satisfying. I may not have the space to grow my own fruits and veggies, but I’ve successfully turned the top shelf of my pantry into a little kombucha-making haven. It’s fun!

I’ve learned a lot about the brewing process over the weeks – how long it takes to get just the right amount of tartness (about a week for me), how to increase carbonation (add fruit and fill the bottles to the very top) – and I’ve also learned that the resulting kombucha is different depending on which SCOBY you use to brew it. 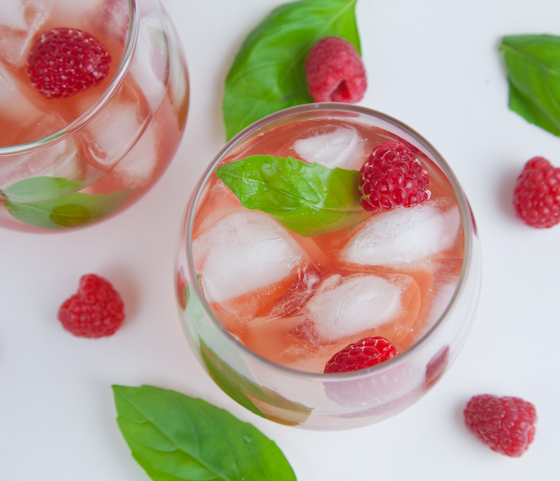 I had initially been using a SCOBY that I grew from a plain bottle of GT Kombucha, and referencing a site I found on Google called Kombucha Kamp to learn more about the process. Hannah, who is the kombucha guru behind the site, reached out to me after reading my how-to post to let me know that growing your own SCOBY is more difficult than it used to be in the past. Now that the commercially available kombucha teas have been reformulated (due to alcohol content), and many of them contain probiotic supplements, the SCOBYs that you can grow from them often produce a weaker kombucha. It hadn’t even occurred to me that this would be a potential issue, but it does make sense.

I’d been fairly happy with the kombucha I was brewing on my own, but I also realized that I was a total beginner – how would I know if I was drinking a weaker tea? I asked Hannah if I could try brewing with one of her SCOBYs, and she went above and beyond and sent me an entire Brew Now Kit with a kombucha mother, starting liquid, loose leaf tea, sugar, hibiscus flavoring, and a PDF for a super comprehensive handbook. Seriously, it’s more than 100 pages. I didn’t even realize there was that much information to know. 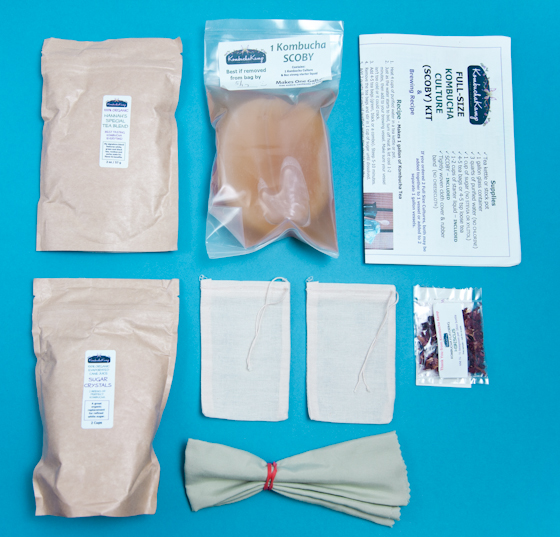 I received the kit two days later, and immediately got to work making my first batch. One thing I noticed right away is that the SCOBY she sent was extremely thick. And oddly enough, it was not nearly as jelly-fish like and gross as the one I had made myself. Aaron had pretty much refused to taste the kombucha I was making on my own, but he was much less hesitant to try it when I switched to a less scary SCOBY. Apparently appearances matter, even when it comes to tea. 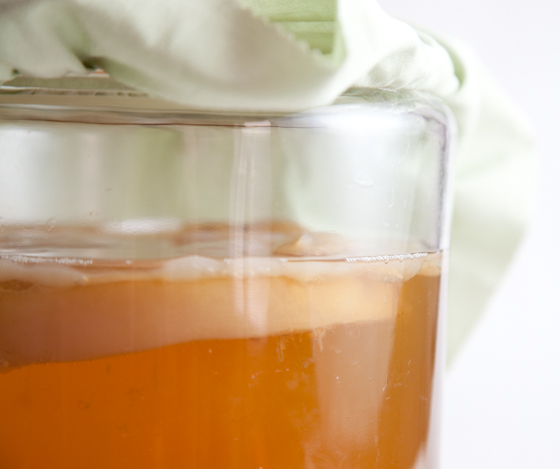 Here are the differences I noticed using the Kombucha Kamp SCOBY: 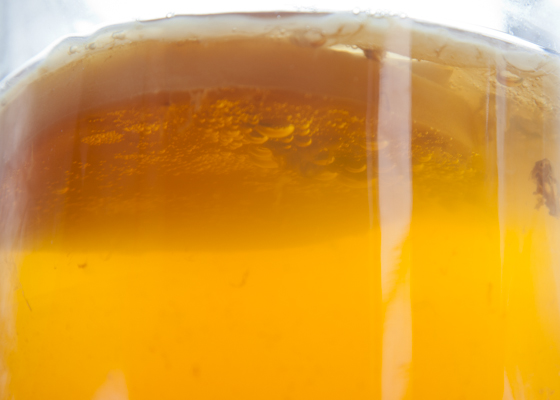 {From bottom to top: kombucha tea, fizzy air bubbles, Hannah’s SCOBY, new baby SCOBY. That’s a strand of yeast on the top right (I strain those out before drinking the tea).}

I was kind of secretly hoping that my homemade SCOBY would put the purchased one to shame, but I took one sip and had to wave the white flag. Hannah’s on to something with her kombucha.

Would you like to give it a try for yourself? Hannah has generously offered to give away a $50 gift certificate to her store, enough for your own Brew Now Kit, complete with everything you need to get started (aside from a glass jar and some water)! Or use it on organic loose leaf teas, a heater for your kombucha, or to put towards one of her Continuous Brewers (I have my eye on one of those).

Here’s how to enter:

1. Mandatory: leave a comment telling me whether you’ve tried kombucha before, your favorite flavor, anything you like!

2. Additional Entry: tweet about the giveaway – “I entered the @kombuchakamp giveaway @picklesnhoney is hosting! bit.ly/Ot38O5”.

Make sure to leave a separate comment for each entry!

The giveaway is open to US residents only. I’ll randomly choose a winner Friday, June 22 at 12pm EST.

P.S. I highly recommend downloading her DIY Kombucha Recipe Guide. It’s free, and even experienced kombucha brewers can benefit from the recipes, tips, and reminders.

ETA: The giveaway is now closed. Congrats to Carrie S!